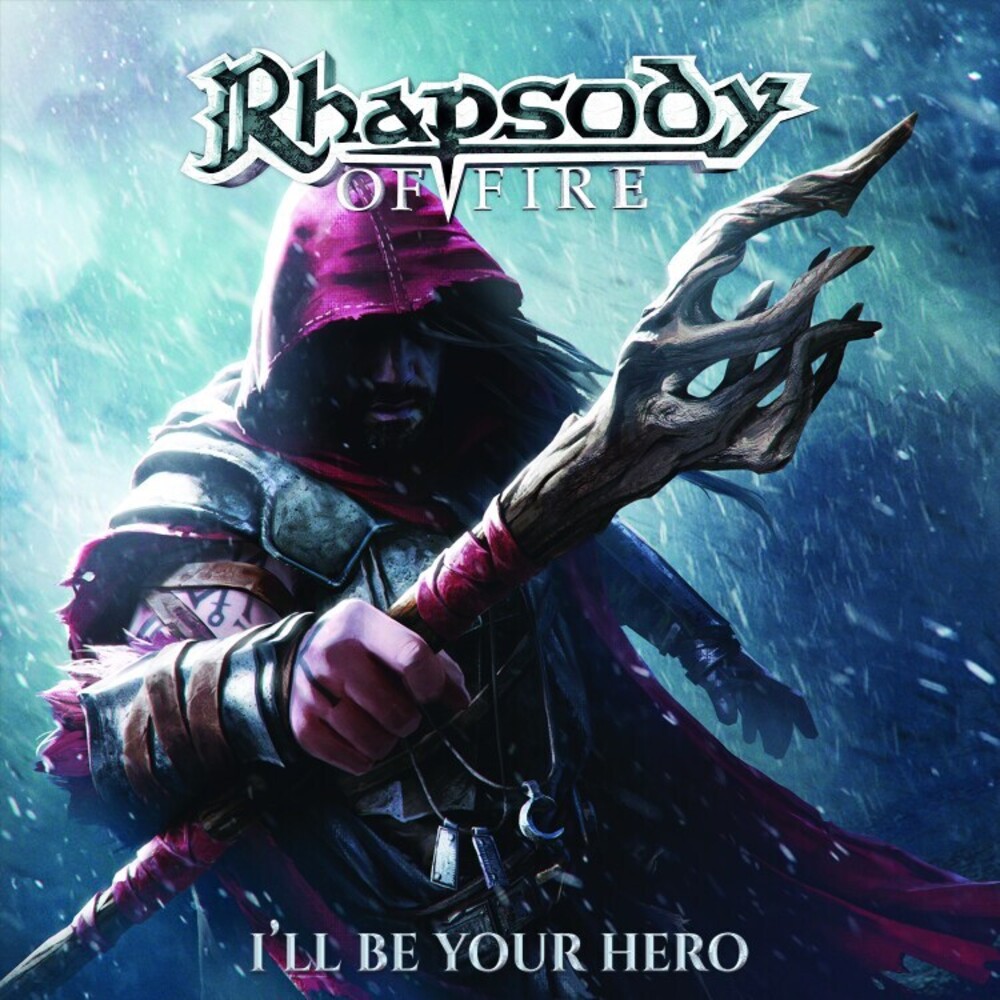 Heralding the new era... The precursor of a new album is here. Italian Symphonic Power Metal Masters Rhapsody of Fire are returning with the EP "I'll Be Your Hero" and a brand new single of the same title. Their trilogy, which they kicked off in 2019 with successfully releasing their last album "The Eighth Mountain", will be continued this year which send an unnumerable number of fans worldwide intotransport of delight. "I'll Be Your Hero" is a musical experience of highest excellence, a journey through realms of symphonic metal and a lesson in how to combine catchy hooks, sophisticated orchestration and a splendid, powerful & oustanding voice in order to create a true metal masterpiece. Fans of the band or this genre and people who are into fantasy tales and fantasy games will love it. Beside this new track the EP includes 7 other songs: the Japan Bonus track "Where Dragons Fly", 2 live songs ("Rain Of Fury" and "The Courage To Forgive") recorded on the original "The Eighth Mountain"-Tour in 2019 and all the 4 versions of the ballad "The Wind, The Rain And The Moon", which includes the previously released English version and the previously unreleased versions in Italian, Spanish and French language. Rhapsody of Fire is one of the most popular metal acts in Europe, who have raised the bar for their genre. They are the creators of epic symphonic metal - combining Hollywood-like sound landscapes with metal music. The numbers are telling it's own tale - with a huge fanbase of over 500.000 fans on facebook, 40.000 Instagram followers, 56.000 subscribers on YouTube and 2 million sold records they are playing in the first league of metal for sure.
back to top