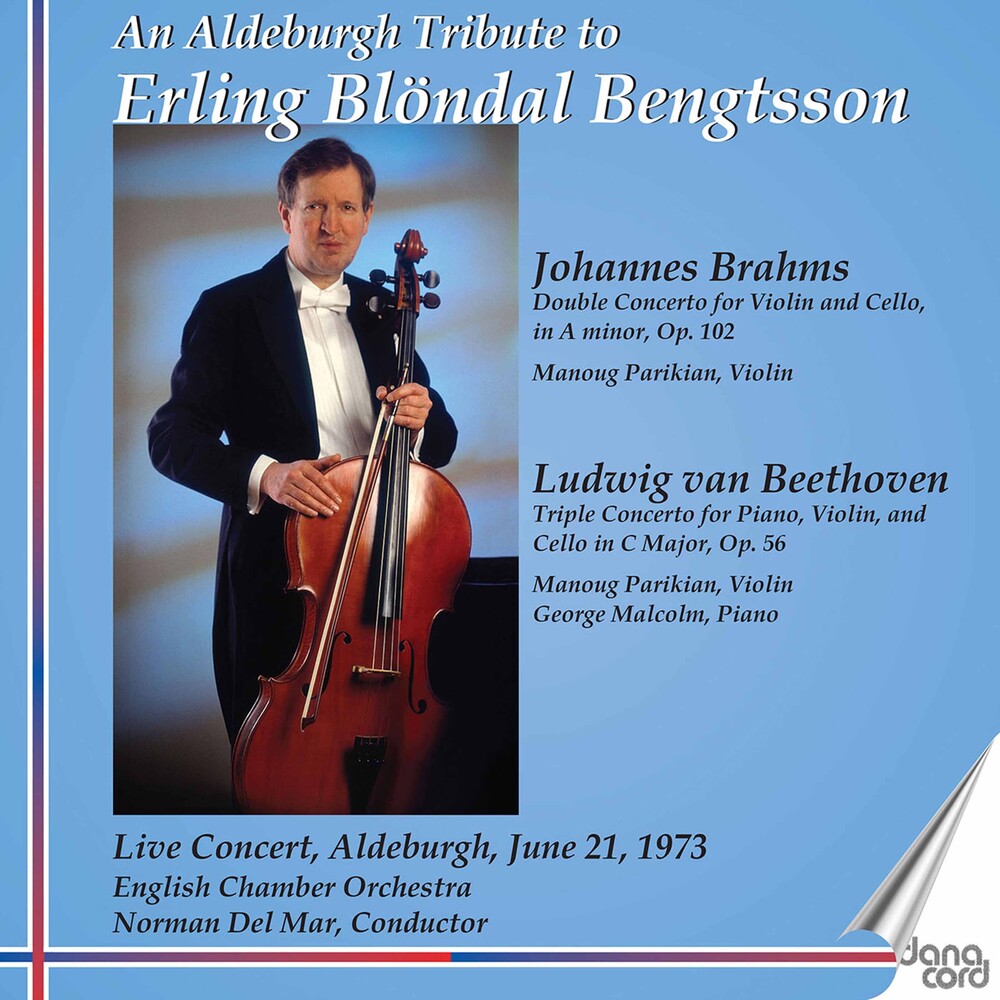 This is the final release in the Danacord tribute to the Danish cellist Erling Blöndal Bengtsson. This volume features a BBC broadcast from the 1973 Aldeburgh Festival in which Bengtsson is joined by violinist Manoug Parikian and pianist George Malcolm in concertos by Brahms and Beethoven. Bengtsson was invited to Aldeburgh by Benjamin Britten after hearing him perform one of his Cello Suites in Copenhagen. Thanks to Merete Bengtsson's indefatigable detective work this amateur off-air recording was discovered in the British Library and is issued here for the first time. Substantial audio restoration work was undertaken by David Lord. While the recording quality is somewhat short of 'Hi-fi' It remains a valued testament to Bengtsson's craft and his historic appearance at Britten's legendary festival.
back to top