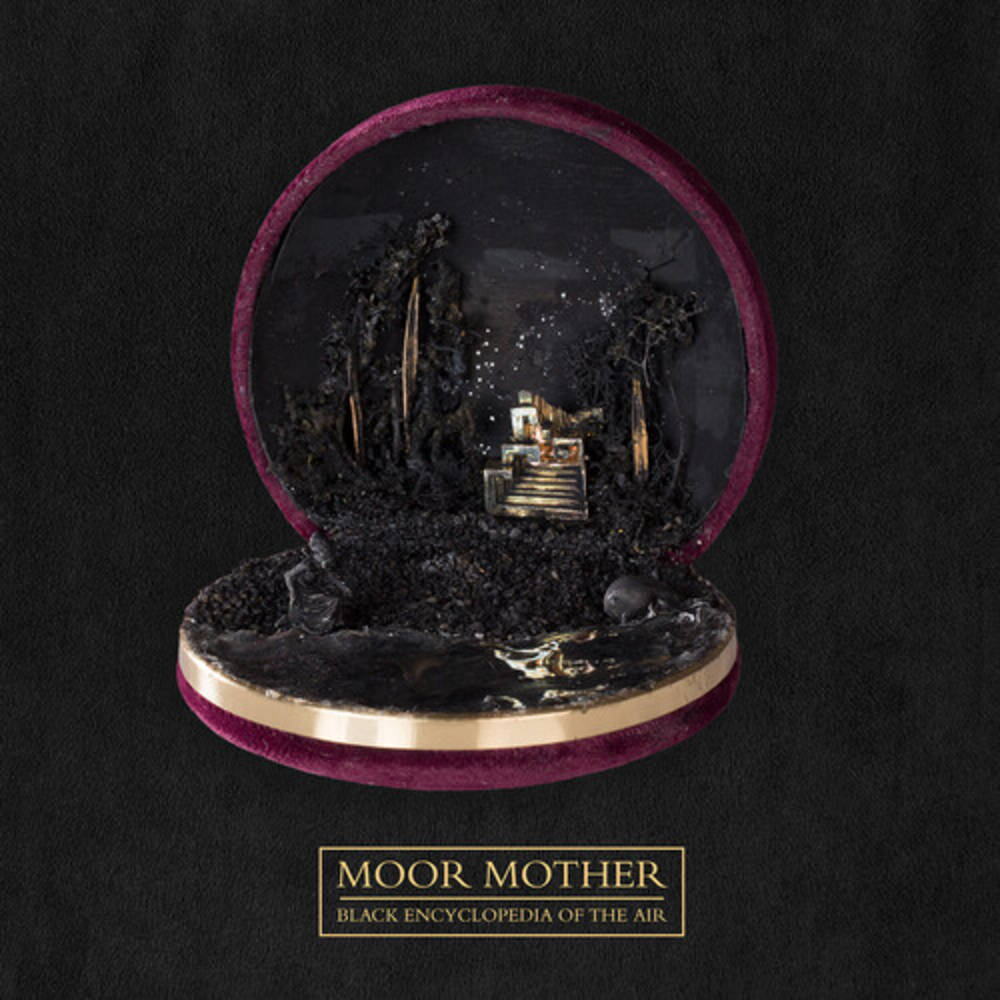 Get yo ass in the house, robot- you cyber-spectre, you outhouse prime minister, you hard-headed mirror ninja, snapping selfies, living in the pixelated seams between bursts the of flashing images, birthed in a pool of TV static and Tik Tok dust. BLACK ENCYCLOPEDIA OF THE AIR is here, not to save but to drown you. Heads better learn how to swim cause listen, this record is beat soup, hearty yet still minimal, a sonic mirage of prophetic soul that drop kicks your "chill beats to study to" Youtube playlist and hyper-intellectual rap podcasts into a hadron collider; it's only black matter on the other side- 13 mesmerizing tracks about memory and imprinting and the future, all of them wafting through untouched space like the ghostly cinders of a world on fire, unbound and uncharted, vast and stretching across the universe. Moor Mother is a holographic figment of an Afrotopian dream, all at once goddess and warrior, mystic and cyborg, griot and future time traveller, etching noisy pieces of reverie into our consciousness for decades now. But check it: on BLACK ENCYCLOPEDIA she's joined by a wide-range of friends, collaborators and co-conspirators on a trip through the murky cosmos, navigating the black universe with stardust as currency. In these times, they'll say, as they click and mash their way through the same inter-webs that seek to strangle them, BLACK ENCYCLOPEDIA OF THE AIR is just what we need: a post-everything, 12:01 on the doomsday clock, anti-trip hop type of situation. "We ain't gotta fight no more," they'll say; the rest of us, we'll put this record on and imagine again that it's real.
back to top